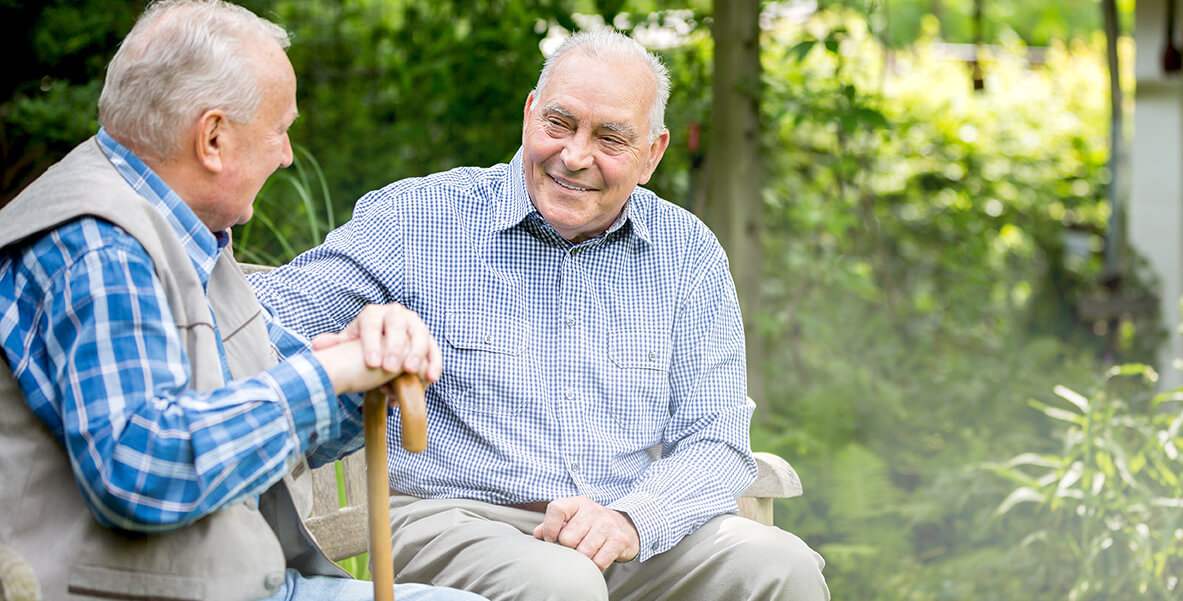 Acacia Living Group has been meeting the needs of Western Australians for more than 50 years.

We are a charitable organisation operating in Perth and regional Western Australia providing:

Acacia Living Group was previously known as RSL Care WA – a reflection of our heritage stretching back to the establishment of WA’s War Veterans’ Home in Mount Lawley.

The decision to change the name to Acacia Living Group was made to reflect our commitment to serve Western Australians from all walks of life.

But while the name has changed, our commitment to high quality, people-centred care is undiminished.

We are embracing a period of enormous change in the retirement and aged care sector.  We recognise that the new generation of “Baby Boomer” retirees have expectations of high quality facilities and more flexible care options.

Whether you want to stay in your own home and have services delivered to your doorstep or enjoy the benefits of retirement living in a secure and supportive village, Acacia Living Group has options for you.

Also, for those who reach a point in life’s journey where they need more intense day-to-day care, we provide facilities staffed by highly trained and dedicated nursing and care teams.

Acacia Living Group is overseen by a Board whose members represent the diversity of the communities we serve and bring to the governance of our not-for-profit organisation a range of professional skillsets from business, management and the health care sector.

Kevin Campbell has been involved in the broadcasting industry in Australia for over 35 years.  From 1988 to 1991, he was Managing Director of the Seven Television Network, and from 1991 to 1999, he was Chairman and Managing Director of TVW Enterprises Ltd (Channel Seven Perth).

Kevin was awarded a Member of the Order of Australia (AM) in 1998 for his contribution to broadcasting, business and his community service activities.

Bob Kucera has had a successful 34 year career in the Western Australian Police Force, achieving the rank of Assistant Commissioner, before retiring and standing for the State seat of Yokine, to which he was elected in 2001.   After entering Parliament, Bob served as Minister for Health, Sports and Recreation, Regional Minister for Peel and the South West of Western Australia, Disability Services, Small Business, Tourism, Rottnest Island, Multicultural Affairs, Seniors and Volunteering.  Bob has represented the Western Australian Government internationally and nationally and chaired or been a member of numerous National and State Committees and inquiries.

Bob has a longstanding interest in health and Senior’s issues and has served as president of the WA branch of the National Heart Foundation and board member on a number of aged care homes.  He is also a past President and Director of the Council on the Ageing, WA; positions he held for over a decade.

Bob is currently the Chairman of ASX listed Company, (MSG), MCS Services Ltd, a major Australian Security Services provider, as well as a long-standing Board Member, and past and present Patron of many community groups, volunteer and sporting associations.  These include West Coast Eagles Football Club, Western Force Rugby Union Club, Football West (Soccer), Basketball WA, and the Fremantle Sailing Club.  As a Winston Churchill Memorial Fellow, Bob studied in the United States, Canada, France and the United Kingdom in 1991.   He holds tertiary qualifications in applied and business management, Diplomas of Policing and Criminal Investigation, and is a graduate of Central Metropolitan TAFE, the Australian Institute of Police Management, and Charles Sturt University.

Geoff Martin has spent the majority of his working life with his family company, as a Director of Archie Martin and Sons (Holdings) Ltd.  Geoff has been a Director of companies associated with Archie Martin and Sons, as well as Boards and Committees pertaining to the electrical retailing industry.    He has been a Board member and Director of ASX listed Company, (MSG), MCS Services Ltd, a major Australian Security Services provider since July 2017.

Cinzia Donald is a partner in Lavan’s Litigation and Dispute Resolution team.  Cinzia is an experienced litigator who has acted on many large Western Australian litigation disputes.  She has managed complex commercial litigation for public and private companies and high-net-worth individuals in superior jurisdictions including the Supreme Court, the Court of Appeal, the Federal Court and the Full Federal Court.

Cinzia has a wide range of experience across areas including property, corporate and commercial, intellectual property, trade practices and general litigation.

Graham, as a Chief Executive Managing Director, has over 40 years’ experience in the financial, risk management and insurance broking industry, as well as involvement in the commercial, industrial, health, and financial services industries. In addition he is involved in community service roles.